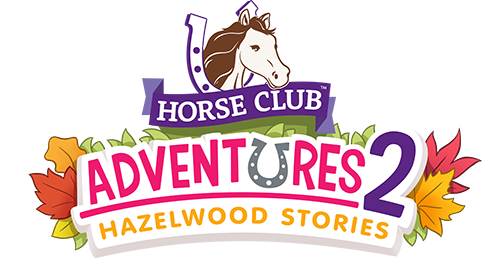 After the success of Horse Club™ Adventures (HC1) I started to work on the 2nd game of the series at Wild River Games. Just like the first game it is an Open-World Adventure game for Nintendo Switch, Xbox One, PS4 and PC with the addition of PS5 this time.

Horse Club™ Adventures 2 – Hazelwood Stories (HCA2) is based on the well-known toys from Schleich, which are being sold all around the world. The game is available worldwide since October 2022, on consoles and pc. 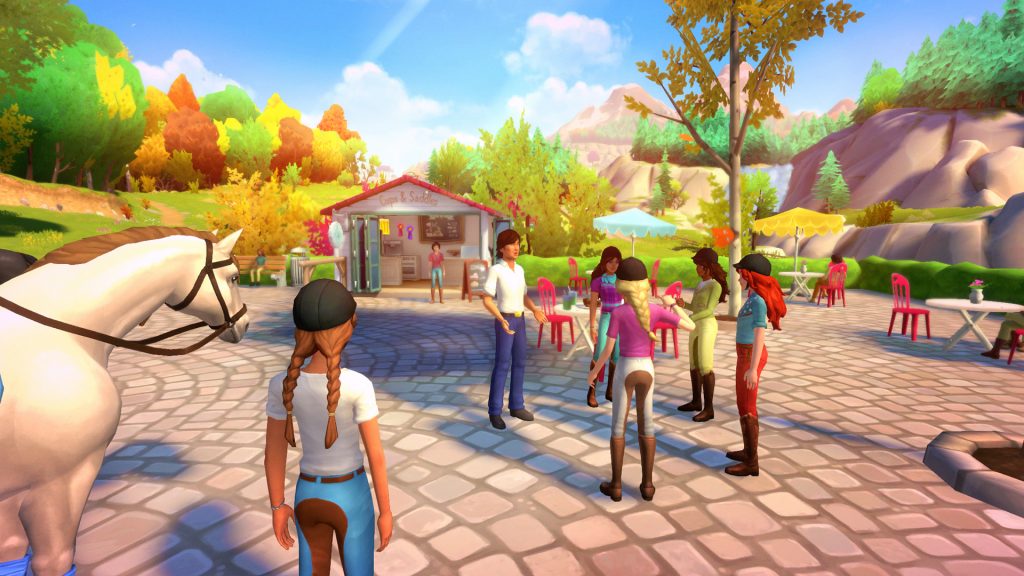 HCA2 is an open-world, story based, horseback-riding adventure game in which the player spends its vacation in Lakeside again (the imaginary location of the Horse Club).
Since the game is a follow-up to the first one, the 4 main characters Hannah, Lisa, Sarah and Sofia are already familiar with the player. Similarly to the first game, the main journey is broken down into 11 days during which the player has to complete intricate quests in order to complete a photo series.

The key differences to HC1 are:

Next to the main storyline the player can complete a multitude of side quest chains, each with a focus on a specific mechanic of the game and associated to a specific character in the Horse Club universe. For example: Completing all the balloon minigames with Mia or finding all golden hooves with Mrs. Jacobs.

Compared to the first game, HCA2 includes a multitude of minigames, requiring different types of riding skills. For example the barrel minigame requires very fast and precise riding while the dressage minigame requires to move in a given sequence at the correct timing. 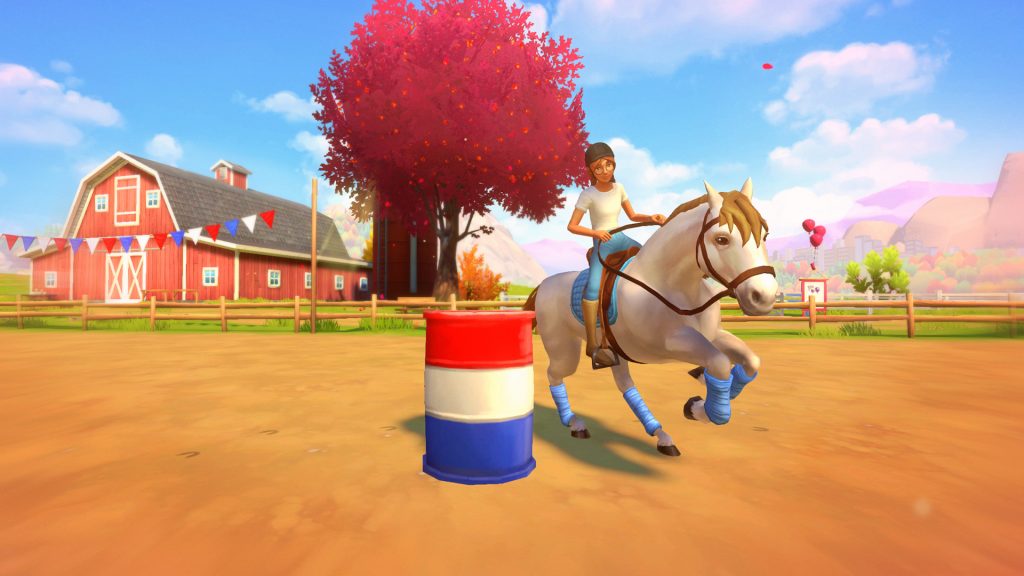 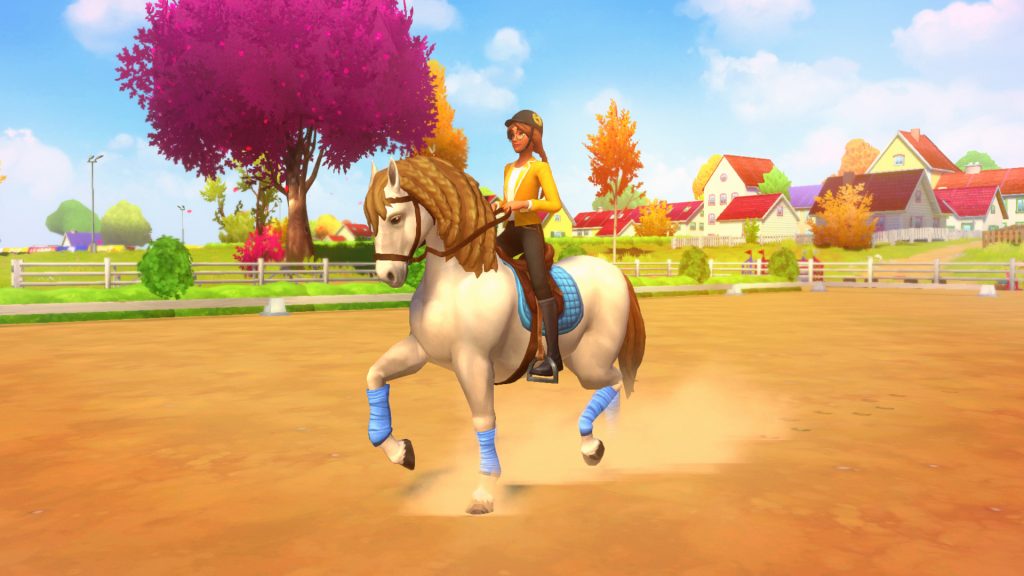 While the game has a main storyline similar to HC1, the experience is enhanced by the multitude of side quests given to the player. While those are not a requirement, they offer bonuses to the player, a striking different in HCA2 since the first game did not have any form of progression.

Lastly the game provides even more customizations for the player character and its horse. Progressing through the main storyline and completing side quests rewards the player with various items (haircuts, t-shirts, boots, etc…) which can be equipped at the dressing area within the game’s world.

The development time for HCA2 was set to 2 years. During the first few months, the code of HC1 was optimized. We started removing any singleton and added services based on interfaces. This allowed us to build unit tests into the game, an aspect we did not have in the first instalment. The unit tests allowed us to quickly test our code when making changes and saved us a lot of time when refactoring the code.

While I still had a focus on the project management and overall planning of the project, I did way more game feature programming compared to HC1. Also a lot of my time went into refactoring existing systems to allow for more modularity. For example, I completely reworked the races from HC1 into a general minigame system. While the rework took a few weeks, in the end creating a new minigame type would take about 1 day. Within 1 day it would be possible to create a new minigame with highscores, medals, rewards, win-condition and so on… Since HCA2 was set to have a lot of different side hustles, this was a very important part of the project.

Next to the game features I also revamped the whole UI system to allow for some animations like simple fades or slides. In HC1 the UI would simply pop in or be deactivated without any transition.

A big issue was the port to the Xbox One. While I was expecting to build up on the HC1 code, the Xbox One SDK was now deprecated and I had to change the whole code to use the Game Core XDK instead. Fortunately since our game does not use a lot of console exclusive features I was able to change the base code within 2 weeks. Thankfully the Game Core XDK was a lot easier to work with than the older SDK.

The main challenge encountered during development was the story. While we had very strict deadlines the story was not finished on time and the whole team had to help to minimize the effect on the overall project timeline. Because the story was still being changed at later stages of development, the whole team had to jump in to test the game twice a week, basically costing every tester 1 full day of development per week. Furthermore because so many changes were being done every week, there were a lot of new bugs being reported. This hindered the development of the game a lot, basically turning the polishing phase into a bugfixing phase.

Because of that issue we had to cut a few features or did not improve some aspects of HC1 that we would have really loved to. For example the horse cleaning system was something we said we wanted to polish more from the beginning but did not manage to do.

Also since we were still only 3 programmers, we did not manage to implement our own solution for player movement and riding, so we still used the plugin “Malber’s Animations” which still created a lot of problems.

Thankfully for HCA2 we recruited new team members: An animator, a tech artist and a producer. This was a huge help as we could finally create our own custom animations. Also with the help of our tech artist we were able to optimize the game a lot, allowing for a much smoother experience on Nintendo Switch, while having a more lively world compared to HC1. Our producer also helped a lot testing the game every single week and reporting issues.

Similarly to HC1 I directed the QA process done by Quantic Lab, managing the communication between our developers and their QA Team, and making sure the issues found were fixed asap and included in new builds sent out to the QA Team regularly.
I also had the opportunity to direct the port of the game to PS5 with the help of developers from Merge Games.

Here is a short list describing most (but not all) of the features I programmed for Horse Club™ Adventures 2 – Hazelwood Stories: 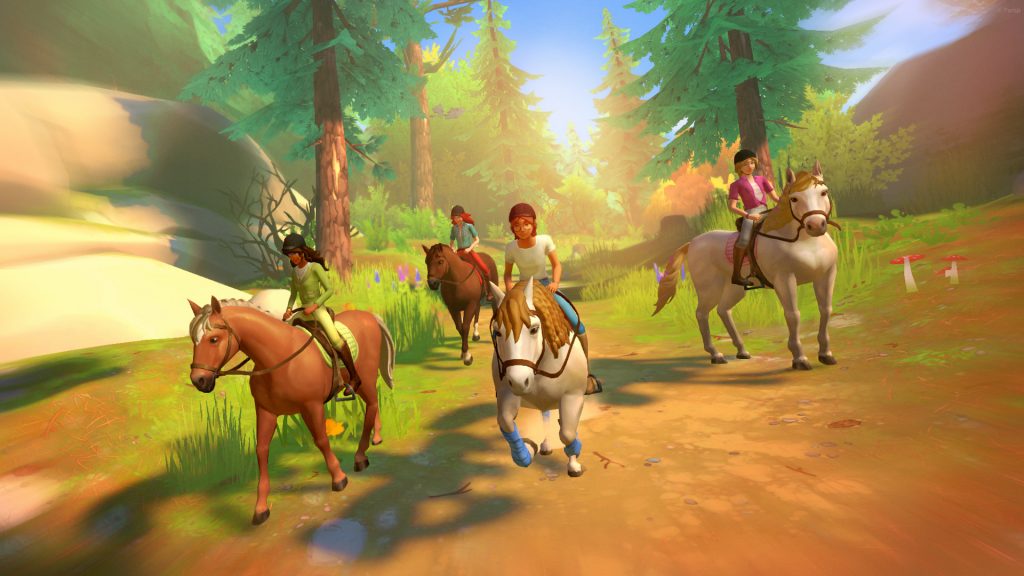 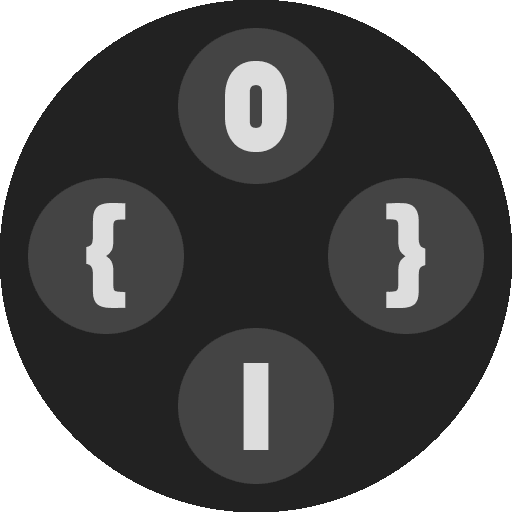